Home
Stocks
Without a trade deal this year, 'I don't know if I want to be around equities,' Jeremy Siegel says
Prev Article Next Article
This post was originally published on this site 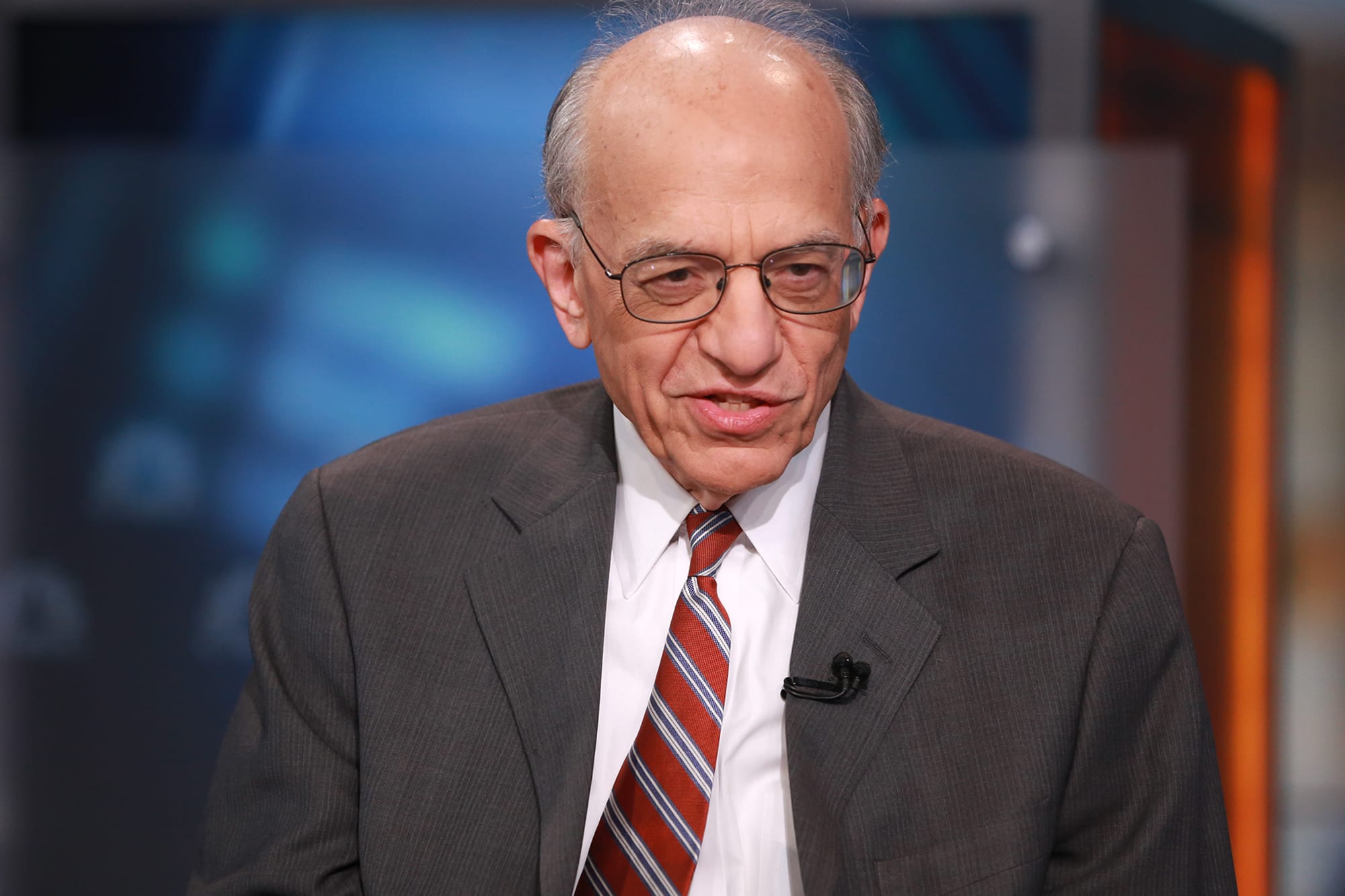 If a U.S.-China trade deal is off the table, stay away from the stock market, says Jeremy Siegel, Wharton School professor of finance.

The Dow Jones Industrial Average lost more than 250 points after President Donald Trump indicated he might wait until 2020 to strike a trade deal with China. The White House reportedly still plans on moving ahead with scheduled Dec. 15 tariffs on Chinese goods despite the recent efforts between the two countries to work up phase one of a trade agreement.

If Trump doesn’t reach a trade deal with China and “the tariffs get put on on Dec. 15 … I don’t know if I want to be around equities then,” Siegel said on CNBC’s Closing Bell on Tuesday.

Trump’s comments sparked a flight to safe assets, pushing the yield on benchmark Treasury note to the lowest level since August. Without a trade resolution between the world’s two largest economies, rates are bound to remain low and investors will gravitate towards dividend-paying stocks, Siegel predicted.

“Yields are going to stay really low with Treasuries being a hedge asset like this … Utilities and defensive stocks, anything that gets you yield I think is going to do pretty well in 2020,” Siegel said.

However, Siegel cautioned Trump’s downplaying the urgency to make a deal could be a negotiating tactic.

“Honestly, in my personal opinion, this is just a negotiating tactic — be really tough right before you make a deal. I still think he will make a deal this year,” he said.