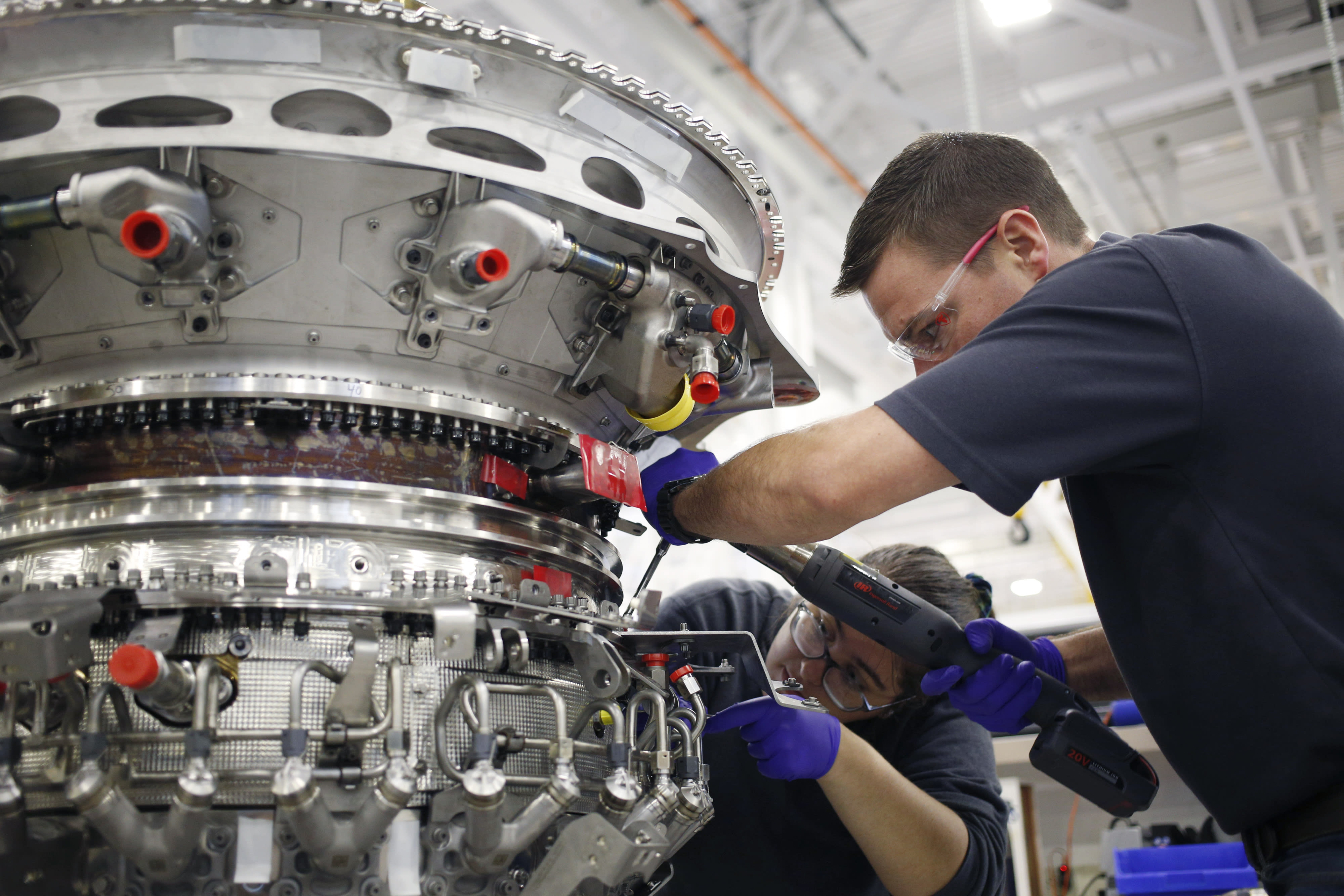 Employees use hand tools to assemble components of a LEAP jet engine at the General Electric Aviation plant in Lafayette, Indiana, July 19, 2019.

The top analyst on General Electric sounded the alarm on Friday, in a warning to shareholders that one of the struggling conglomerate’s key businesses is worth much less than most believe.

The subsidiary of GE focuses on building aircraft engines, competing with Rolls-Royce and Pratt & Whitney. While most of GE’s business units have struggled in recent years, GE Aviation has been a bright spot with steady revenue growth and a healthy backlog of orders. But Tusa argues that an in depth look at GE Aviation reveals the business is worth much less than $100 billion, which is what more optimistic analysts estimate GE Aviation’s value is.

“Given a myriad of moving parts outside of just historical performance, we believe there is justification for a materially lower equity value and see a business that is closer to its best days being behind it than in front. Our in depth review of the business suggests a value closer to $30 [billion],” Tusa said.

What’s more, Tusa says GE Aviation is “almost 100%” of the value that shareholders perceive in the full company.

“Many investors today view GE Aviation as a strong, growing business that deserves a high multiple,” Tusa said. “We do not share the view that there is visible growth here well into the future.”

Tusa is the most bearish analyst on GE’s stock but gained a following in recent years, as he issued early warnings that the company’s stock was worth much less than others believed. J.P. Morgan’s $5 price target is the lowest on Wall Street, predicting the stock will nearly be cut in half in the coming year.

While Tusa notes in his 92-page report, that GE Aviation’s has had many impressive decades of success, he found that investor expectations for the unit’s future operating performance are “too generous when measuring value.” The report, which he issued alongside a 32-page presentation, found that future revenues and profits for GE Aviation services are “at best close to peak and at worst an unsustainable number,” Tusa said.

Additionally, Tusa warned that the market for aircraft engines is increasingly saturated due to the amount of spare engines available. Finally, the analyst says that GE Aviation’s free cash flowing in 2017 and 2018 “was above trend based on historical customer behavior” and the unit’s balance sheet “seems too small in the context of cash already booked to take on its share of debt and pension burden.”

“To be clear, Aviation is not Power, though we think investors over-estimate the sustainability of growth while under-estimating risks, all of which should be reflected in a more conservative value, with the balance sheet dynamics a key reason why an [sum-of-the-parts] analysis that assumes this business can stand on its own is unconvincing to us,” Tusa said.