Home
Stocks
Trump just blinked, giving China a possible edge in trade war, Jim Chanos and others say
Prev Article Next Article
This post was originally published on this site

In backing off on China tariffs Tuesday, President Donald Trump showed just how much pain the U.S. could tolerate — and China may use that to its advantage, key voices on Wall Street say.

Markets rallied on the announcement by the U.S. Trade Representative office that certain items were being removed from the new tariff list, while duties on others would be delayed until mid-December.

The short-seller Jim Chanos, who tweets under the alter ego “Diogenes,” hinted that Chinese President Xi Jinping may take this as a sign that the U.S. may cave with enough pressure.

“So then tell me why Xi should not continue to wait out The World’s Greatest Negotiator, who keeps ‘dealing’ with himself?” tweeted Chanos, founder and managing Partner of Kynikos Associates.

Some investors took Tuesday’s announcement as a sign that despite the White House’s claim that China would bear the brunt of tariff impacts, the trade war was indeed hurting consumers. The products in the group exempt from tariffs include cellphones, some apparel, and video games — all of which are crucial to the U.S. consumer market, especially during the holiday shopping season. Trump announced on Aug. 1 that 10% tariffs would go into effect on Sept. 1 on the remaining $300 billion worth of Chinese imports that had not been slapped with U.S. duties.

Trump told reporters Tuesday afternoon that he postponed tariffs for the Christmas season “in case it had an impact on shopping” and the delay would “help a lot of people.”

China has not publicly backed off. It announced last week that it would not buy U.S. agricultural products, despite assurances otherwise by Xi to Trump at the June G-20 summit. It also has retaliated with its own tariffs on U.S. goods and set off more worries about the trade war on Friday by letting its currency weaken.

The president’s top priorities — a strong stock market and a tough China trade deal — have been at odds. Uncertainty around the trade war has weighed on financial markets. Stocks saw their worst day of the year on Aug. 5 after China let its currency weaken below 7 yuan to the dollar and made its announcement about U.S. farm products.

“The White House is now delaying the tariffs and removing some items. Did some acronym called the SPX cause someone to blink?,” David Rosenberg, chief economist and strategist at Gluskin Sheff & Associates, said in a tweet.

According to Chinese news outlet CGTN, the call for the world’s two largest economies to meet again on trade came from Lighthizer, not China.

The pain felt by the stock market was not that great. At its low point for this sell-off, the S&P 500 was down only a little more than 6% from its high.

“These developments are modestly positive, especially compared to the recent torrent of negative news, but we caution against viewing the tariff delay as anything more than an attempt to partially shield the American consumer heading into the holiday season,” Isaac Boltansky of Compass Point Research wrote in a note to clients. “We continue to believe that a broad deal will not emerge prior to the 2020 election.”

Trump, himself, accused China last week of trying to wait out the 2020 election for a trade deal. 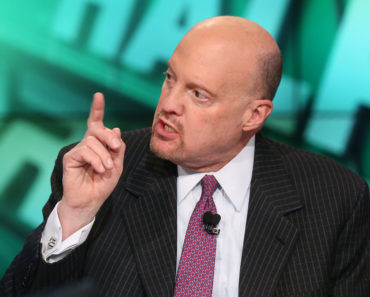