Federal Reserve Chairman Jerome Powell was asked by Congress on Wednesday whether the recent strong U.S. jobs report changed his outlook on the economy and interest rates.

“The straight answer to your question is no,” Powell said. “I think since the June meeting and, even for a period before that, the data have continued to disappoint and that’s very broad across Europe and around Asia and that continues to weigh.”

The Labor Department in its June report said the U.S. economy added 224,000 jobs, the biggest gain since January. Jobs have been a key number that Fed policymakers have been watching. Strong jobs growth typically would dissuade the Fed from cutting its benchmark federal funds rate, as many expect the central bank will in July. In his comments, Powell noted that the June jobs report “was positive and that’s great news” but added that he thought “U.S. data came in about as expected.”

“And, by the way, manufacturing, trade and investment are weak all around the world,” Powell added.

Powell also commented further on the U.S. labor market, saying the Fed does not have “any evidence for call this a hot labor market.”

“3.7% is a low unemployment rate but to call something hot, you need to see some heat,” Powell said. “While we hear lots of reports of companies have a hard time finding qualified labor … we don’t see wages really respond so I don’t really see that as a current issue.”

Powell pointed to the global economy as a further reason the U.S. central bank has not adjusted its outlook since its meeting in June.

“Let’s go to trade: We have agreed to begin discussions again with China and while that’s a constructive step that doesn’t remove the uncertainty that we see as overall weighing on the outlook,” Powell said. “The bottom line for me is that the uncertainties around global growth and trade continue to weigh on the outlook and, in addition, inflation continues to be muted.”﻿ 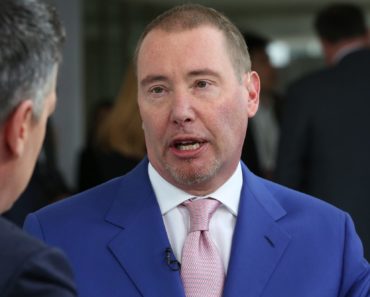