Home
Stocks
The rocket engineers at SpaceX are raising funding equal to 'pi' — $314.15 million
Prev Article Next Article
This post was originally published on this site

Tesla CEO Elon Musk speaks during the unveiling of the new Tesla Model Y in Hawthorne, California on March 14, 2019.

It may be happenstance but it also wouldn’t be extraordinary for a company of scientists and rocket engineers, nor the first time Elon Musk pinned a financial figure to a number of cultural significance.

SpaceX is looking to raise $314.15 million in its most recent round of fundraising, CNBC reported on Thursday.

Those five digits are also the beginning of the mathematical constant “pi,” or 3.1415. What’s more, the recent SpaceX round includes new investor Ontario Teachers’ Pension Plan, another studious group.

But SpaceX told CNBC on Friday that this was just a coincidence, so it appears the result was not planned by Musk or a cheeky member of his company’s finance department.

This wouldn’t be the first time that a massive technology company used pi as a basis for its investments. Google, when buying patents at an auction in 2011, reportedly used mathematical constants as it raised its bid from $1.9021 billion (Brun’s constant) to $2.6149 (Meissel-Mertens constant) to $3.1415 billion (pi).

Musk last August infamously said in a tweet that he would be taking Tesla private at $420 a share, a number which the Securities and Exchange Commission (SEC) later alleged he picked “because of the significance of that number in marijuana culture.” Musk and the SEC later settled the regulator’s fraud lawsuit, which saw him give up his title as Tesla chairman and pay a $20 million penalty.

The raise filed on Monday is SpaceX’s third this year and, once complete, would bring the company’s total 2019 equity raised to $1.33 billion.

It was also the first investment by a new technology fund that Ontario Teachers’ launched in April. The broader Ontario Teachers’ Pension Plan has $191.1 billion in assets under management. In a statement, Ontario Teachers’ said SpaceX was “a compelling investment opportunity” for the fund because of “its proven track record of technology disruption in the launch space and significant future growth potential in the satellite broadband market.” 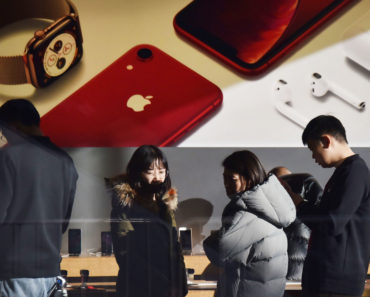