Home
Stocks
Here are the biggest analyst calls of the day: Chipotle, Starbucks, McDonald's & more
Prev Article Next Article
This post was originally published on this site

Here are the biggest calls on Wall Street on Tuesday:

Citi is bullish on the stock and notes the company may be in early testing with McDonald’s and Starbucks.

“1) Despite competition, GRUB‘s ability to continue to grow GFS in the 20% range of late should result in the driver (delivery network) efficiencies needed to hit mgmt’s 4Q19 EBITDA/order guidance (i.e., we now believe consensus forecast are less at risk) and, as a result, we are raising our forecasts; 2) We recently came across data suggesting that GrubHub may be in early tests with MCD, SBUX and other large chains, which could drive investor interest and potentially new diner and GFS growth over time… “

Credit Suisse said that “digital and delivery” will be keys for the restaurant industry going forward.

“Value creation in the sector is driven by three factors, (1) ability to leverage the box and increase in-store sales; (2) opportunity to expand global footprints; and (3) prospect for margin improvement…SBUX is one of the highest quality growth companies in restaurants, with ~8% rev growth, modest margin expansion and repurchases supporting our ~14.5% EPS growth 4-yr CAGR…SHAK‘s 2019 restaurant margin guidance implies 130-230bps of contraction, following 350bps of decline since 2015…Recent asset and technology investments support a more modernized MCD, and we believe the company is effectively expanding its competitive moat relative to peers..CMG has returned to a narrative of growth rather than recovery, with on-trend initiatives that well position the company to appeal to its target base and outperform peers. “

Jefferies raised its price target on Microsoft to $90 from $80

Jefferies said Microsoft is unlikely to ever see margins like Amazon Web Services.

“Microsoft is one of the greatest software success stories in the short history of the sector, but we believe that MSFT, the stock, is materially overvalued. Azure will probably never see the margin broadly expected due to cultural and technical factors, and a recent unprecedented boost to cash flow from Windows may not persist. Azure will likely never see margins similar to AWS at scale, and the long-term margin of even AWS may be lower than most expect. “

“We believe weak tourist traffic continues to impact global demand levels, and we are concerned that SSS growth may prove more difficult to achieve as the company laps its paper flowers launch. We think macroeconomic uncertainties have built since our last positive deep dive in mid-April.”

Consumer Edge said that Kellogg is taking positive steps for the future but there are still too many “poor trends” and is lowering hope for a second half turnaround.

“Overall, while we think the company is taking the right steps for the long-term, they are coming at a higher than expected cost & risk. In our view, recently increased spot grain prices (+~20%) foretell an H2 cost headwind to offset recent energy & freight tailwinds. “ 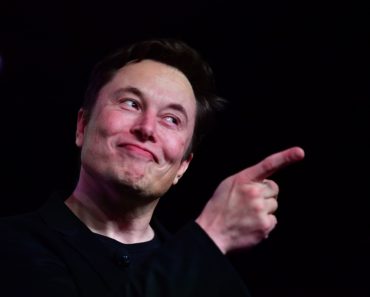