The tariffs enacted so far in the trade battle with China have already raised the prices of goods in affected industries much more than the overall rate of inflation, made clearly visible in this chart from Goldman Sachs.

And the bank said the impact on prices could get a lot worse for U.S. consumers if the world’s two largest economies can’t come to an agreement and additional tariffs are put into play.

“New evidence on the effects of the 2018 tariff rounds from two detailed academic studies points to larger effects on US consumer prices than we had previously estimated, admitted Goldman Sachs Chief Economist Jan Hatzius, in a note to clients Saturday. “First, the costs of US tariffs have fallen entirely on US businesses and households, with no clear reduction in the prices charged by Chinese exporters. Second, the effects of the tariffs have spilled over noticeably to the prices charged by US producers competing with tariff-affected goods.”

The White House raised tariffs on $200 billion in Chinese products to 25% from 10% on Friday. On Monday, China retaliated saying it would raise tariffs on $60 billion of U.S. goods on June 1. The targeted products include peanuts, sugar, wheat, chicken and turkey.

Overall inflation has continued to be tame, with the latest CPI reading on Friday showing just a 0.3% increase last month, but that may be masking pockets of price spikes due to tariffs.

And if the the trade war heightens, that effect could become more widespread. The tariffs in play currently only effect consumers fractionally. Consumer goods account for only about 25% of the items targeted by the tariff rate increase on Friday. However, consumer goods account for about 60% of whats left of imports from China that could become subject to U.S. tariffs if this goes to a full-blown trade war.

Goldman is confident that a deal will ultimately be struck between the U.S. and China; however, the bank said the risk of a final round of tariffs on roughly $300 billion of remaining imports from China has now risen to 30%.

The Dow Jones Industrial average lost more than 650 points on Monday, while the S&P 500 and the Nasdaq were down 2.5% and 3.3% respectively, on fears over the rising impact of the trade war. 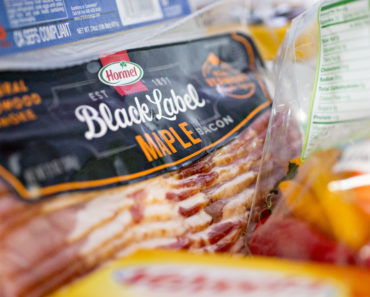