Home
Stocks
Ahead of Mother's Day, here's a look at what motherhood costs in lost income
Prev Article Next Article
This post was originally published on this site

Motherhood comes with many advantages; a higher income is not one of them.

There is a gap between men’s and women’s earnings at all ages, but it is generally narrower for those just starting out and becomes greater over time, according to data from the Bureau of Labor Statistics.

That’s where parenthood comes in.

For example, one study showed that for women, incomes drop 30% after giving birth for the first time and never catch up. That’s according to a working paper by Henrik Kleven, Camille Landais and Jakob Egholt Sogaard published by the National Bureau of Economic Research in January 2018. The study used Danish administrative data from 1980-2013.

Also called the “motherhood penalty,” women start falling behind men in terms of their rank and their probability of being promoted just after the birth of the first child, the researchers found. About a decade later, women’s earnings plateau around 20% below the level just before becoming a parent.

In the U.S., women who work full time are typically paid about 80 cents for every dollar paid to their male counterparts, and the wage gap between working mothers and fathers is even larger. Mothers are paid only 71 cents for every dollar paid to fathers, which translates to a loss of $16,000 a year, according to a separate analysis of Census data by the nonprofit advocacy organization National Women’s Law Center in 2018.

Though traditional gender roles are changing, many heterosexual couples still adhere to them, with women much more likely to be the primary caregiver for children. If there is a sick child, for example, chances are it’s the mom that will stay home.

Women are also more likely to take time out of the labor force, reduce the number of hours worked and switch jobs to firms that are more “family friendly” in lieu of higher paychecks, the NBER paper said.

That, in part, is why men don’t face the same “penalty” as parents. In fact, men see a bump in pay when they have children, according to a separate report by the British trade union association TUC.

Fathers make roughly 20% more than men with no children do, the report said.

“When men have children, they are seen as responsible and stable — ‘He has a family to support,'” said Sallie Krawcheck, co-founder and CEO of Ellevest and former Wall Street executive and mother of two.

When men have children they are seen as responsible and stable — ‘He has a family to support.’

co-founder and CEO of Ellevest

Meanwhile, mothers are more qualified than ever. Over the past two decades, highly educated women have experienced particularly dramatic increases in motherhood, according to the Pew Research Center. In 2014, 80% of women ages 40 to 44 with a Ph.D. or professional degree had given birth, compared with 65% in 1994.

More from Personal Finance:
Equal Pay Day highlights a $1 million salary shortfall
These careers have the biggest gender pay gaps
States where the gender pay gap is the greatest

To working moms, “if you are looking for a job, look up,” Krawcheck said. “If you don’t see anyone like you, situated as you would like to be in five years, then think seriously about that job.”

“It’s a lot easier to work at a place that gets it.” 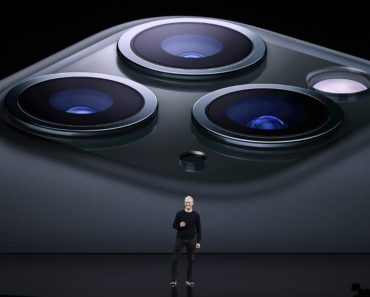