Ex-NFL star Nick Lowery, last year’s winner, is defending his title against nine other teams. In 2018, her wrested the prize away from from “Mr. Wonderful,” Kevin O’Leary, with his picks of Amazon, Goldman Sachs, and Advanced Micro Devices. His stocks ended the challenge up 37 percent.

This year, competitors will chose from a list of 61 investments, including Apple, JP Morgan and Lyft. They will make one pick per round, for three rounds.

The first two rounds will be televised live on “Power Lunch” and you can catch the third and final round at 3 p.m. ET via a live stream on CNBC.com and Facebook Live.

Here is a live round-up of Thursday’s picks:

First to pick was Tim Seymour, who is no stranger to investing. As CIO of Seymour Asset Management, he has over 22 years of experience in the business. He chose General Electric.

“This is one of those picks that is hard to love,” he said. “This is a debt and balance sheet clean up story.”

“This was the hardest decision of my life,” said Seymour.

Jarvis Green, former National Football League player, made the second pick of the day, which is Constellation Brands.

“They are growing and they have huge profits for revenue,” Green said. “I think the alcohol part of is going to be a winner and the cannabis and CBD part of it as the technology grows will catch up.”

The stock is up a whooping 32% year to date.

The company has been under pressure since it had to ground its 737 Max aircraft.

“They’ve had some issues but everybody loves a comeback,” she said.

“My only problem is … this thing has run. So you may be later than you think without a trade deal,” Cramer said.

“We are doubling down on the idea [of] microchips… AI and also the beginning of robotic driving cars. They are positioning perfectly,” Lowery said.

For celebrity chef Bobby Flay’s first pick, he went with something he knows about: food.

“I’m going to go with Kraft Heinz,” he said. “I’m a huge Heinz ketchup fan and they also own Grey Poupon so they have the mustard and the ketchup and all the condiments covered.”

“If people get a little nervous with the market they are going to tuck in and eat a lot of food at home,” he added

The company is in the midst of a executive shake up and is down 24% this year.

Maria Ho went with fintech firm Square as her pick.

“They launched a credit card and it’s great for the small businesses and mid-sized business. It;s probably not going anywhere…we are going all in right now,” she said.

This is Mets pitcher Noah Syndergaard first CNBC Stock Draft and he went with electric automaker Tesla for initial pick.

“Fast cars. Fast balls,” he said. “I don’t drive one but I’m all about … saving the environment.”

Tesla hit a 52-week low on Thursday and was down 3.61% in afternoon trading. Share lost more than 25% so far this year.

“I think we are in a lot of volatility next year, so you want quality balance sheet and you care a lot about earnings and you really want as little debt as you want. So I’ve gone safety with a lot of growth,” he said.

The health company underperformed the market this year with a gain of 7% versus the S&P 500′s 17% return. Its profits dropped 14% in the first quarter.

Mentalist Oz Pearlman came in third place on NBC’s America’s Got Talent a few years ago, but he’s hoping for a first-place win in this year’s Stock Draft. His first choice was Disney.

“I’m never going to be Mr. Wonderful at reading a balance sheet. What I do, I get in people’s heads. And what I think is in people’s heads: entertainment,” Pearlman said. “Disney is about to roll out a streaming service that we are going to call maybe a Netflix killer.”

That streaming service, Disney+, is set launch in November for $6.99 a month and will offer its deep catalog of content, as well as new shows.

“This is what I will be talking about next year when I win the stock draft,” Pearlman said.

The Beardstown Ladies went with Alibaba as their first-round pick.

“We called Alibaba the Amazon of China. But we like their funtamentals. Their long-term debt is only 20% of the capital and they predicted they have double-digit earnings growth this year,” they said.

“And on top of that, they are flexible. They are expanding into food service and streaming,” they added.

Shares of Alibaba soared more than 37% this year. 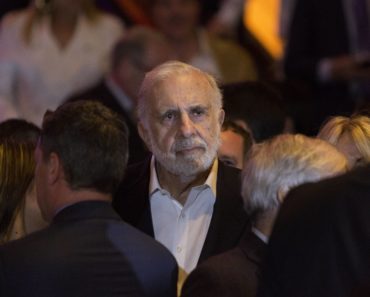 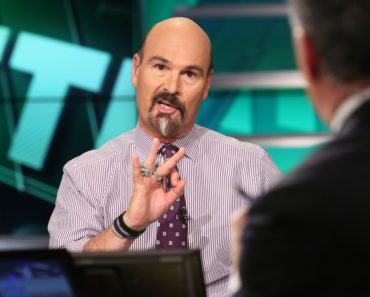